with No New Taxes!

East County Voters for Equal Protection was formed in 2016 to advocate for improved emergency medical and fire services for the residents of eastern Contra Costa County.

East County lives are being lost, homes are burning down, and emergency response times are continuing to exceed any recognized standard, all because government has not adequately funded emergency services in 249 square-miles of eastern Contra Costa County, where 130,000 people live.

In December, 2020, response times for the region’s residents were on average 12:30 minutes, ninety percent of the time. This response time average is dangerously above response time goals stated by the National Fire Protection Association in Standard 1710.

During the last three months of 2020, the fire district serving eastern Contra Costa County was unavailable to respond to ANY emergency calls for 20:37:17 hours, nearly a full 24-hour day. During this time 14 emergency calls came in, almost all for medical emergencies.

Within the last few-months of 2020 a teaser-style consulting report has been published. It states that if the regional fire district serving East County were consolidated into the County’s fire district, near-term service upgrades would include paramedic staffing on all fire engines, and two additional operational fire stations. Response times could be shortened, some have estimated, by as much as 37%. All of this increase in service would be with no new taxes.

At the last general election, in November, 2020, a countywide half-cent sales tax was approved. In July, 2020, an opinion poll of county voters reported that emergency medical and fire service was the number one area voters wanted to spend this money on. The Board of Supervisors is now considering where the $81 million of new tax revenue will be spent.

Please encourage all government entities to take action to address this public safety crisis. Contact your elected representative and tell them it is time to fix the public safety emergency. 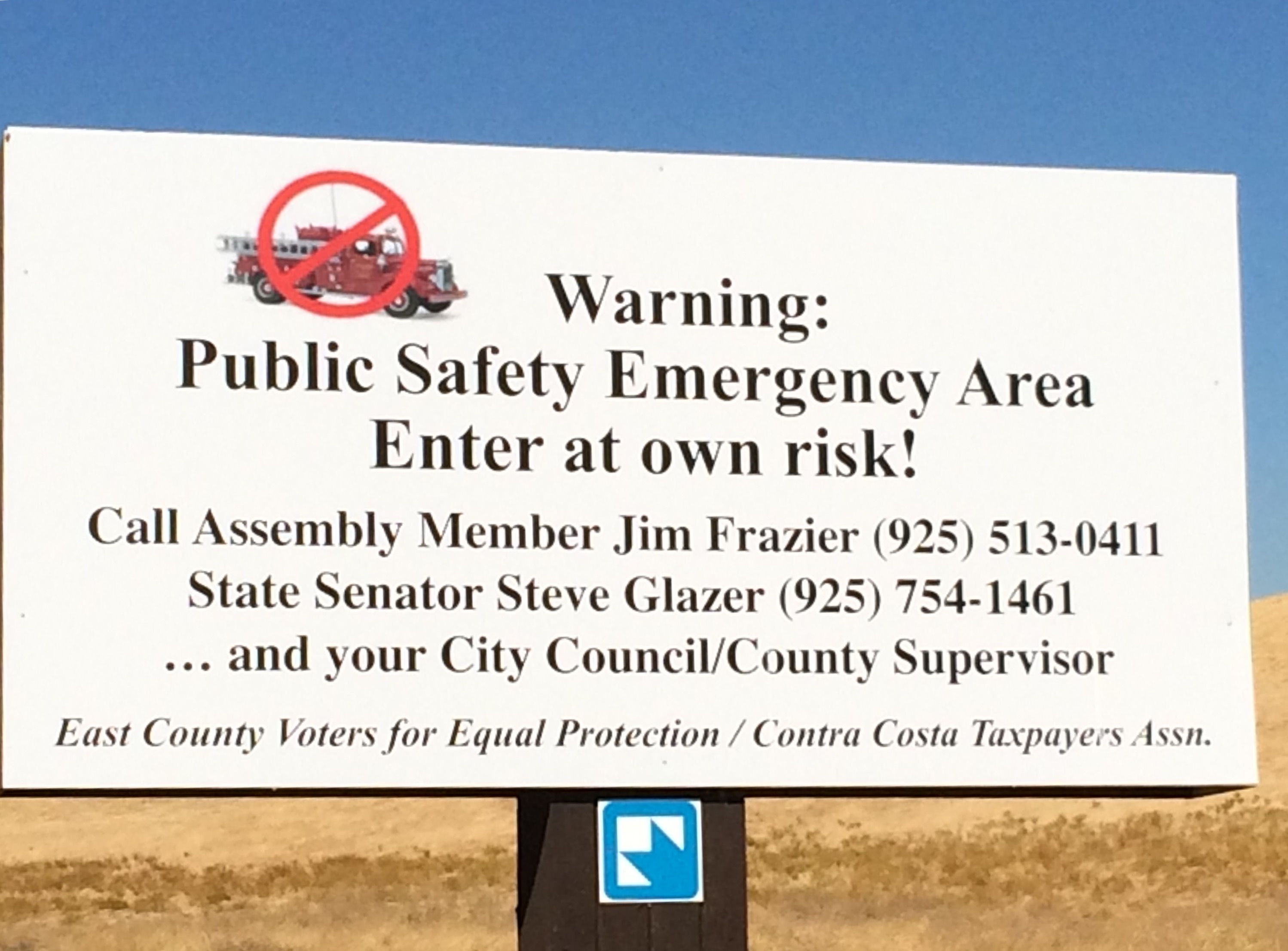